'A Joy to Run': Celebrating the 10th Anniversary of the Walk/Run! 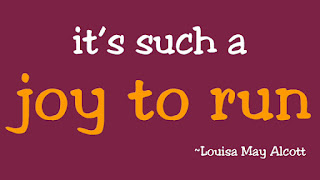 "I always thought it was extraordinary that Louisa May Alcott walked and ran long distances because women in her day were commonly forbidden such 'unladylike' and 'dangerous' activity," commented Orchard House Executive Director Jan Turnquist.  But Louisa May Alcott found a joy in running, one so deep that she figured she must have been a horse or a deer in a previous life.  "Ten years ago, when looking for a fundraiser for Orchard House, a Walk/Run event seemed like a natural idea to me, since it was truly in keeping with Louisa herself!"
Now in its tenth year, the Louisa May Alcott's Orchard House Walk/Run event keeps Louisa's legacy alive.  Running was Louisa's joy and sometimes her comfort.  When she felt herself coming down with an illness while serving as a nurse in the Civil War, she took to running in the early mornings to keep up her stamina.  According to Alcott biographer John Matteson, it was this physical stamina that aided Louisa in her recovery from typhoid pneumonia and mercury poisoning in the months following this ordeal.

Louisa's physical strength and capability always marked her as different from other women of her time.  She was "universally recognized as the most beautiful and fastest runner in town," according to Alcott biographer Madelon Bedell, and she was always, like Jo, her autobiographical counterpart in Little Women, considered a tomboy.

In the autumn of 1845, when Louisa was only 13 years old, she went for a run that she likened to a spiritual experience.  She sensed a "vital sense of His presence, tender and sustaining as a father's arms," she wrote in her journal.  She found more than comfort in her running; she found freedom.

In this spirit, the Louisa May Alcott's Orchard House Walk/Run was born.

Over the past ten years, the Walk/Run has become a community staple; the familiar sneaker signs that mark the runners' path can be seen around Concord in early fall, commemorating Louisa May Alcott's love of running and the solace she found in it.

Because of similar feelings of joy and comfort, as well as a great admiration for Alcott, world-renowned runner Uta Pippig joined forces with Orchard House to become Honorary Chair of the race.  Raised under Communist repression in East Germany before the fall of the Berlin Wall, the Boston Marathon "stood for freedom in her mind," and she eventually achieved her goal of competing in and winning this historic race--not once, but three times, consecutively, in 1994, 1995, and 1996.  She is still the only woman to have achieved this incredible feat.

Leaving East Germany to run this race in 1994 branded her a defector.  Happily Uta not only later became a U.S. Citizen, but she also won the German Reunification Race after the fall of the Berlin Wall.

Two strong women of achievement, Uta Pippig and Louisa May Alcott share this deep connection to running.  Pippig will be in attendance at the race this year to continue Louisa May Alcott's legacy and encourage all runners to find a similar joy and freedom.  Louisa's autumn run in Concord took place on a dewy, "perfect" morning, and you too can share in a similar experience.  Walk or run on a dewy morning in Conord in autumn--following in Louisa May Alcott's footsteps--at the Walk/Run on September 13.

Uta Pippig will not only be in attendance at the Walk/Run this year, but in honor of its success and the celebration of its 10th anniversary, Pippig will also be presenting her "Running to Freedom" program on Wednesday, September 16 at 7:30pm at Trinity Episcopal Church on 81 Elm Street, Concord.  All are invited -- runners and walkers or not!

Louisa May Alcott and Uta Pippig are both trailblazing women; not only in the realm of physical activity but in their spirit for activism as well.  On September 13th, we will celebrate the joint effort of these two incredible women to bring freedom to others, as well as the wonderful effort of all our runners and walkers present at the race.  Don't miss these incredible events--history is still being made in Concord, Massachusetts!

See www.louisamayalcott.org for September 13 Walk/Run details and for the September 16 "Running to Freedom" ticket information.  Tickets will also be available at the door.
Posted by Louisa May Alcott's Orchard House at 10:30:00 AM No comments: 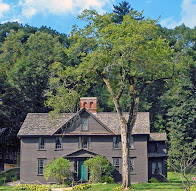